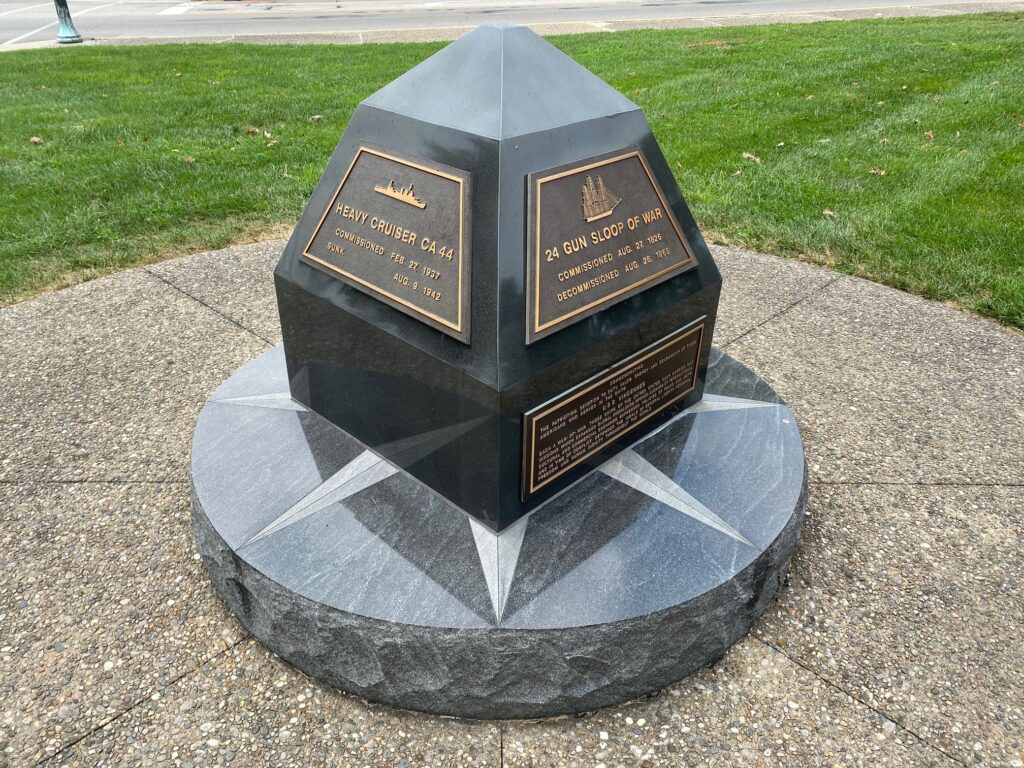 Located at the foot of the Lincoln Memorial Bridge on Vigo Street, commemorates the four naval ships named for our community. The first U.S.S. Vincennes launched in 1826, was the flagship of a U.S. South Seas Exploring Expedition. The second ship, a heavy cruiser, saw action at Midway and sank at Guadalcanal in 1942. The Third was a light cruiser launched in 1943. The current U.S.S. Vincennes is a guided missile cruiser launched in 1984. Her crew is currently stationed in Japan.

of Vincennes and Knox County with a glimpse of history at every turn.